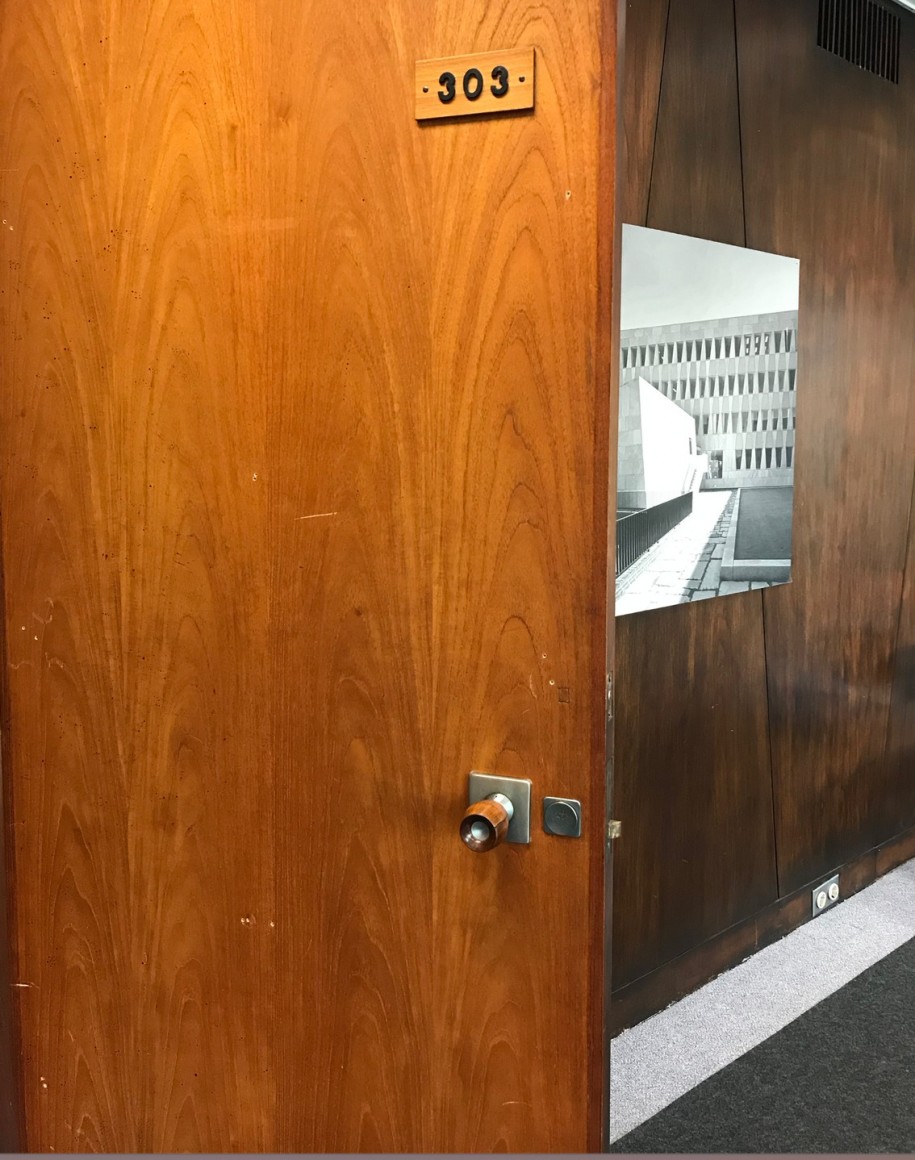 For as long as we can remember, the US Embassy in The Hague was a heavily guarded building, hidden by fences, barred windows and guardhouses filled with police and military. What happened inside, stayed inside, and made us curious of course, Giving way to all kinds of fantasies about espionage in James Bond-like woodpaneled offices.
Today we are allowed in. Take a tour with us and find out what is left of the Cold War days on the Lange Voorhout.

This is what Hungarian/American architect Marcel Breuer had in mind when he designed the Embassy in 1956 (after he completed the Bijenkorf in Rotterdam). 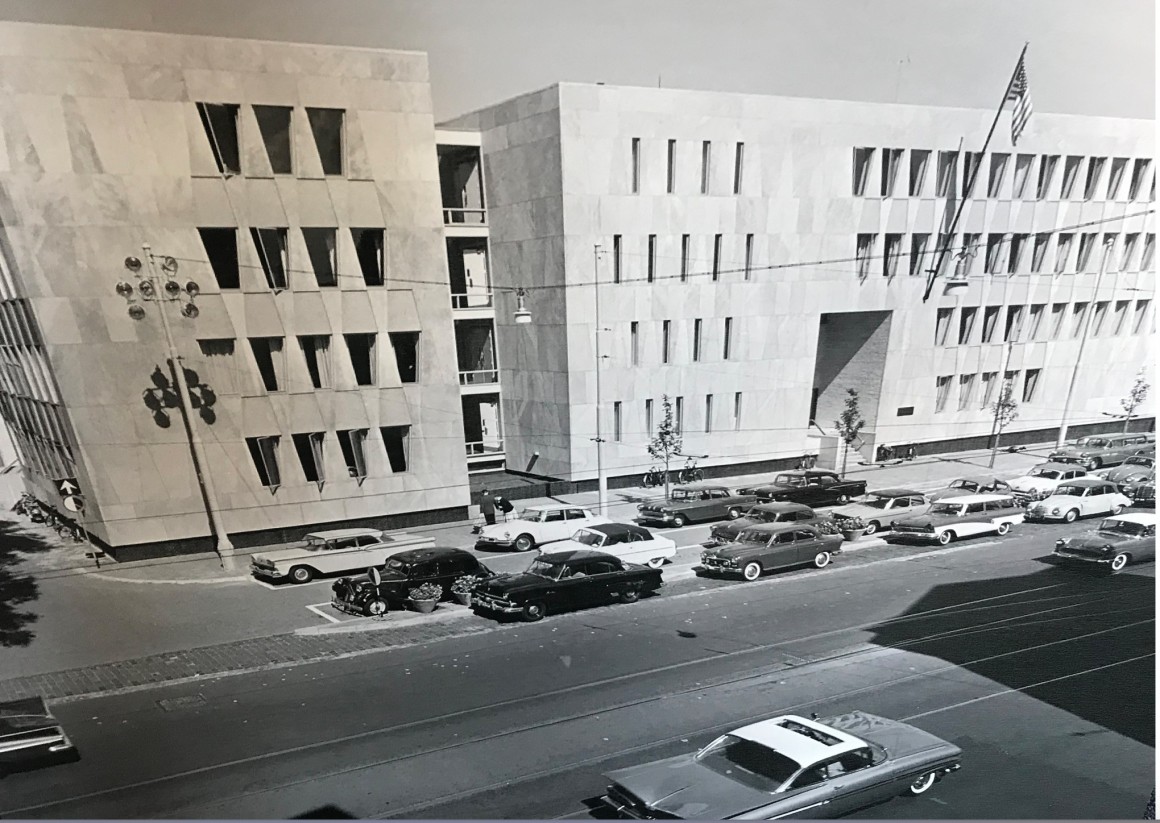 On the outset, Breuer designed the embassy to be an open building, inviting Europeans in for political and cultural exchange. No fences, no guards here. As opposed to the closed Sovjet culture. But things changed since the optimistic fifties. After violent Vietnam protests, the embassy felt the need for increasing security measure. And after 9/11 the embassy changed into a regular fortress.

The former ambassador’s room (nr 303) and adjoining pantry also had barred windows at the time. Ambassador Pete Hoekstra and his staff have now moved to a new building outside The Hague near Wassenaar. 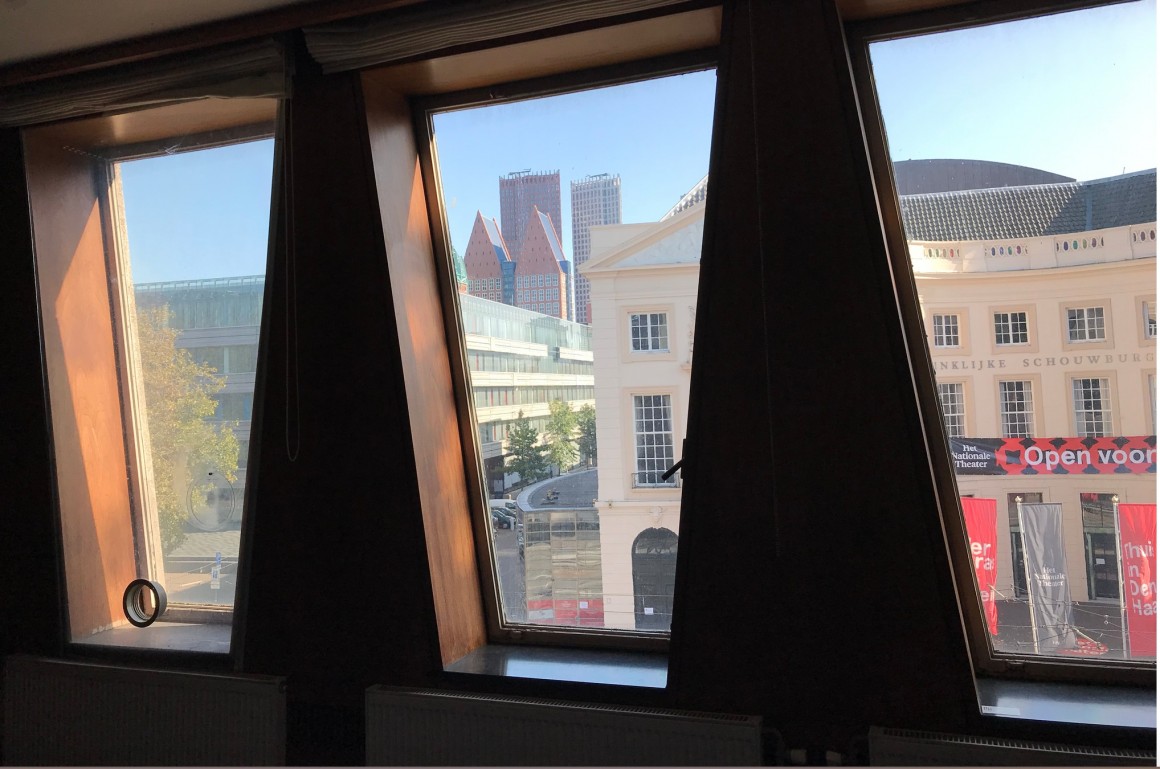 While the ambassador’s room nurtures our fantasies of a James Bond-like ambiance, the rest of the building is disappointingly white, bare and modern. It was not the architects fault, due to lack of space small modern rooms were created in every corner of the building and even the auditorium was turned into offices.

After the embassy staff had moved out, the beautiful ceiling Breuer designed for the auditorium was restored.
Meanwhile hallways, stairways and elevators have kept their brutalist look. 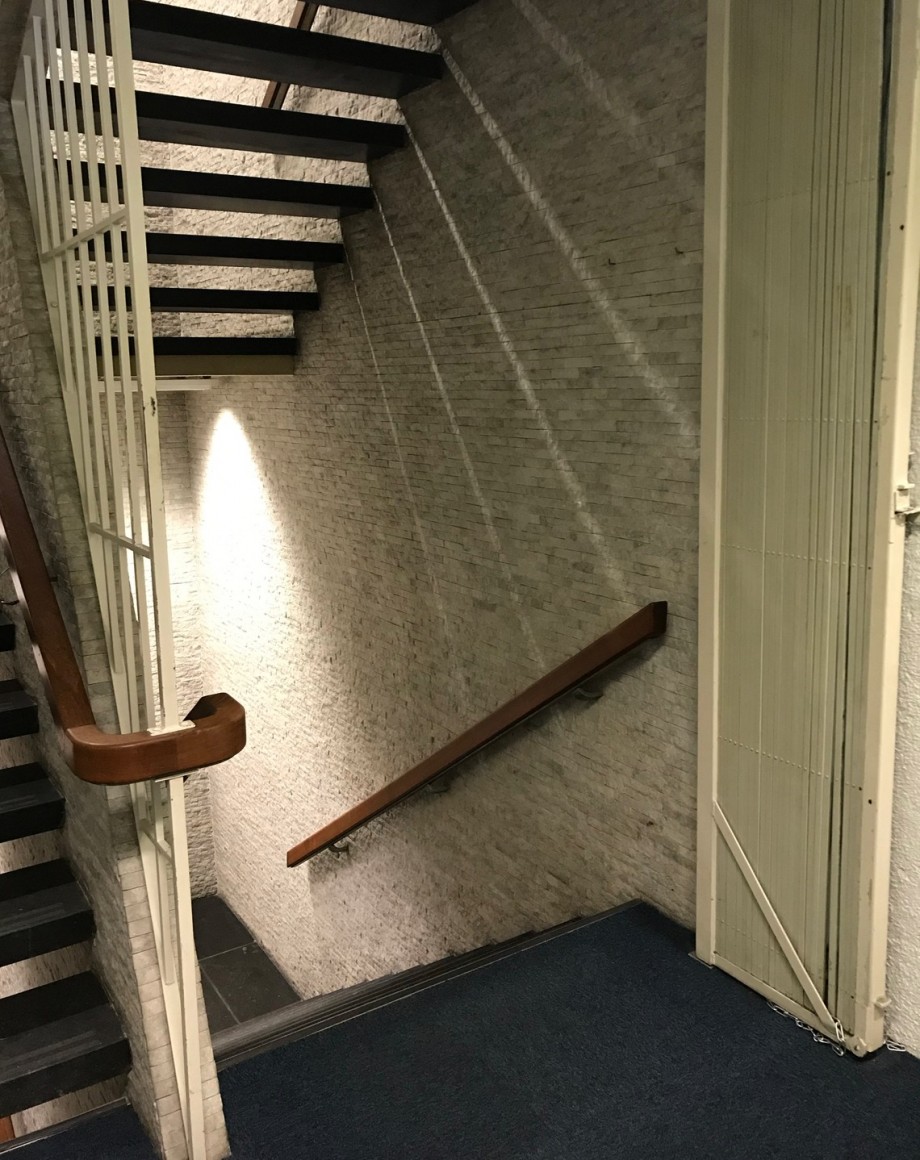 Safety first
For security reasons all staff and visitors had to leave their mobile phones behind at the entrance of the building. Unfortunately we didn’t find any traces of Watergate-like bugging, no bulletholes, no skeletons hiding in closets in the basement. All we found were warnings, escape routes and mysterious keyholes. 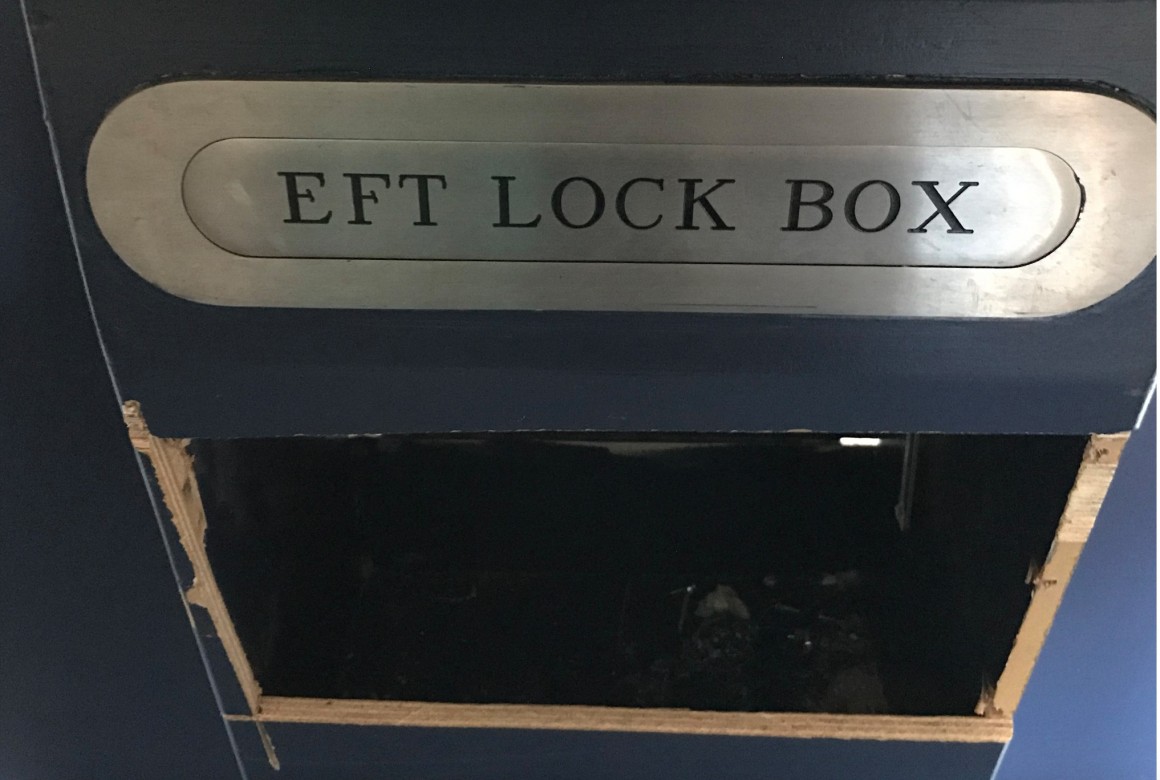 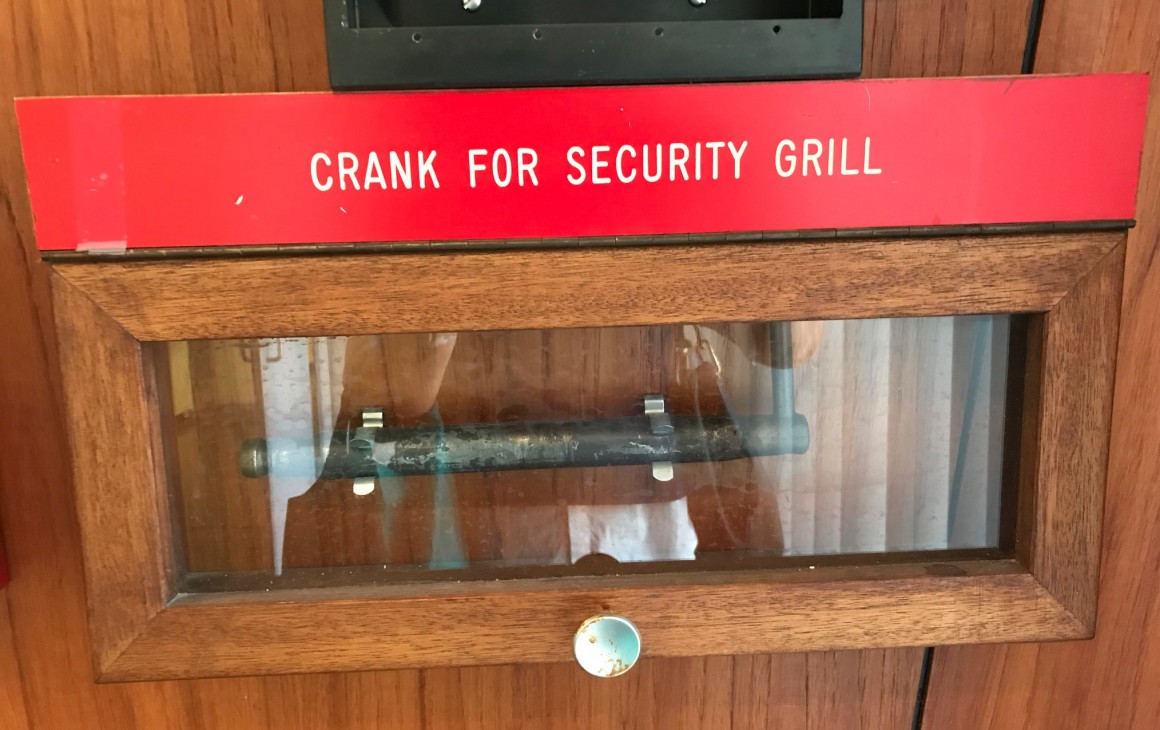 The Mail Room
The mail room still seems to be in business. As does the special room on the courtyard, where the staff members rushed any suspect parcels so they could explode safely. 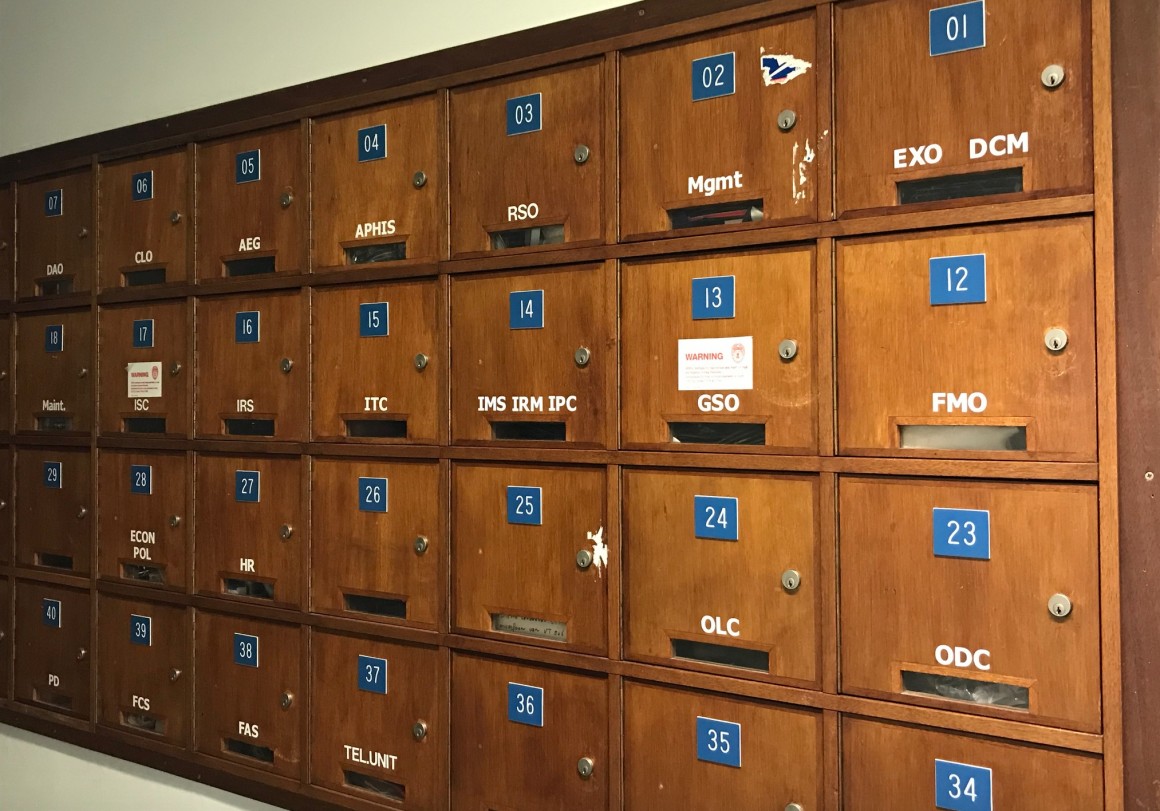 The basement, where personnel, mail and deliveries entered the building, was also barricaded. 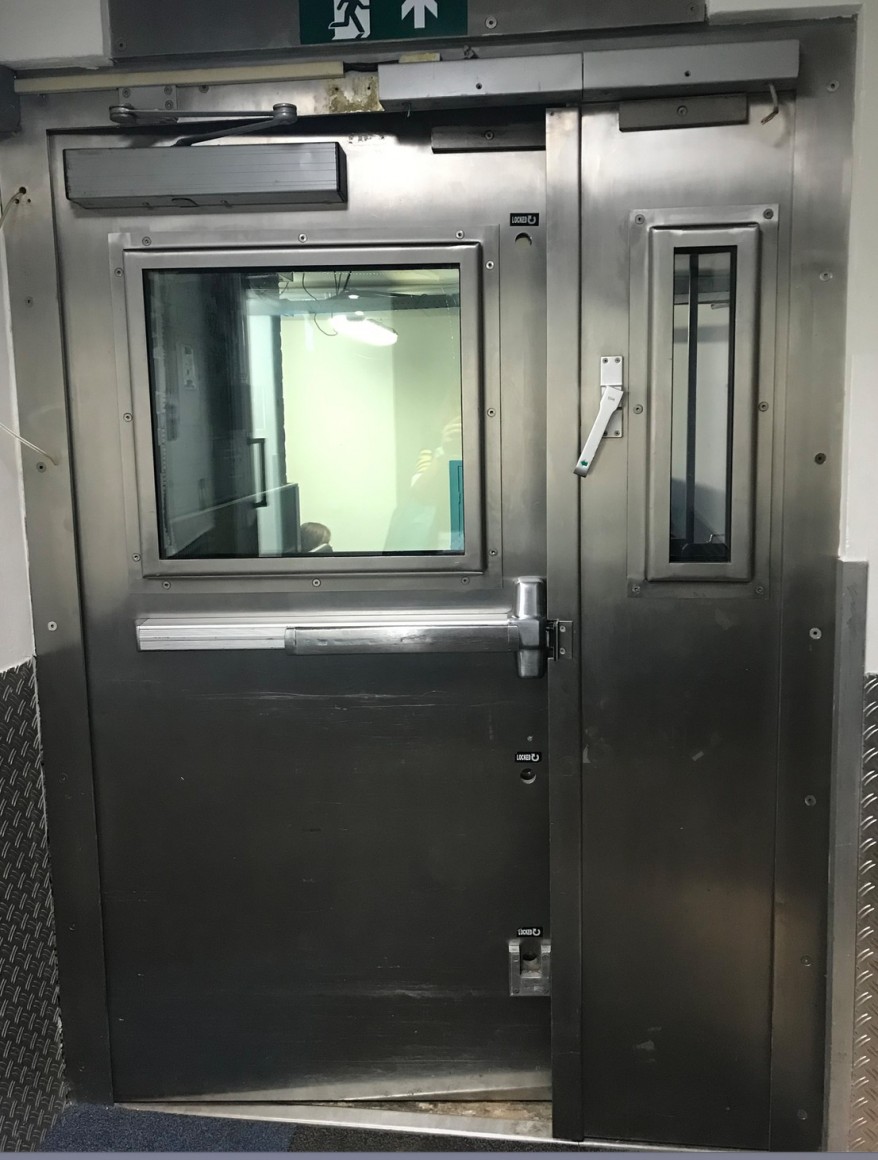 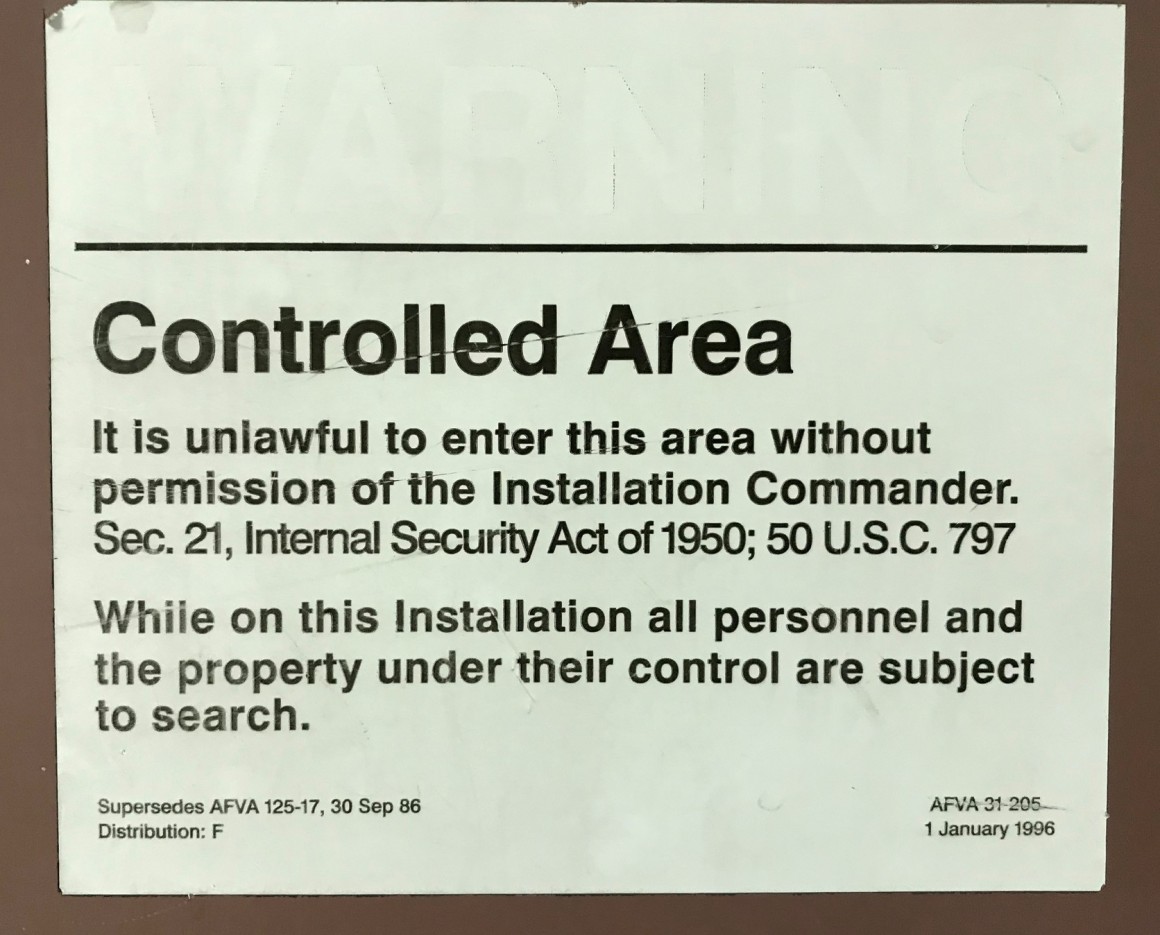 If you think even the original building looks like a big uninviting concrete building, you are, ehm, wrong.
It is not made of concrete but of limestone granite. And the rest is modernism, Brutalism to be exact, an architectural movement. Crude, brutal and very popular in the fifties.

For more Brutalism in The Hague the way Marcel Breuer intended it: take a tour in Onze Ambassade.
More information: www.onzeambassade.nl 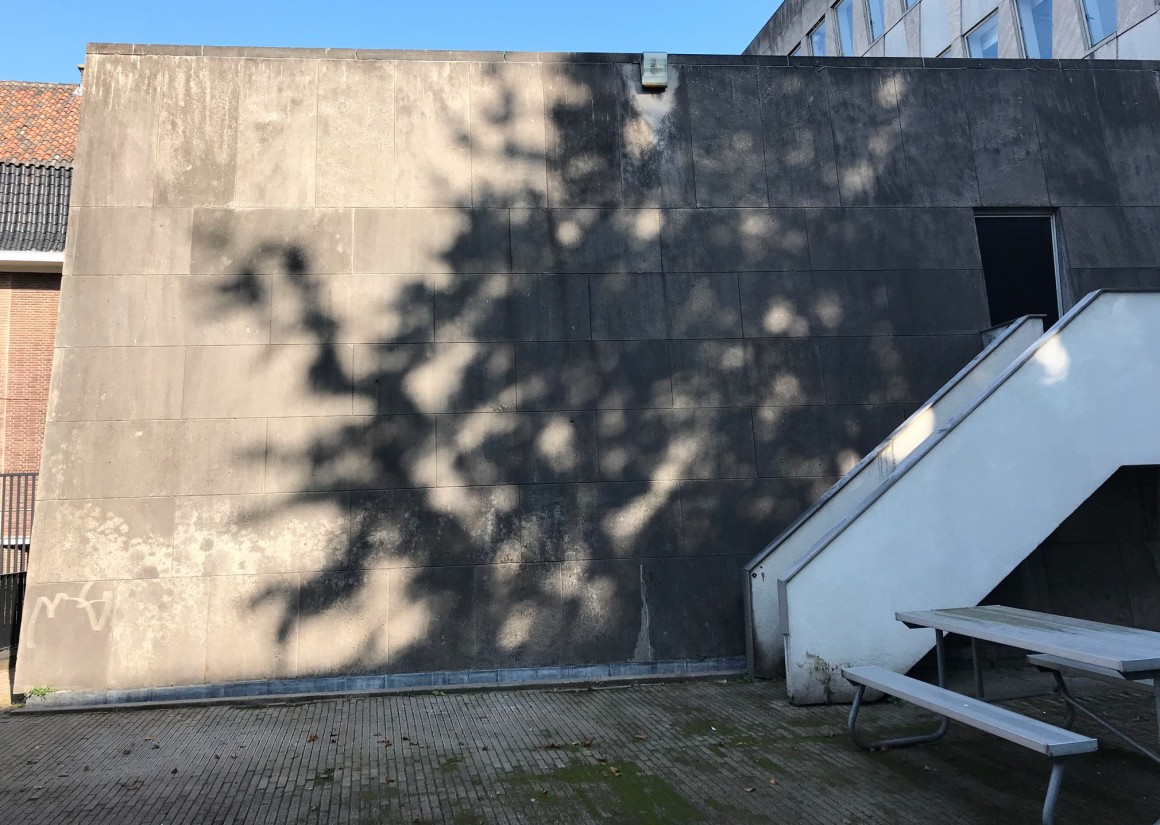 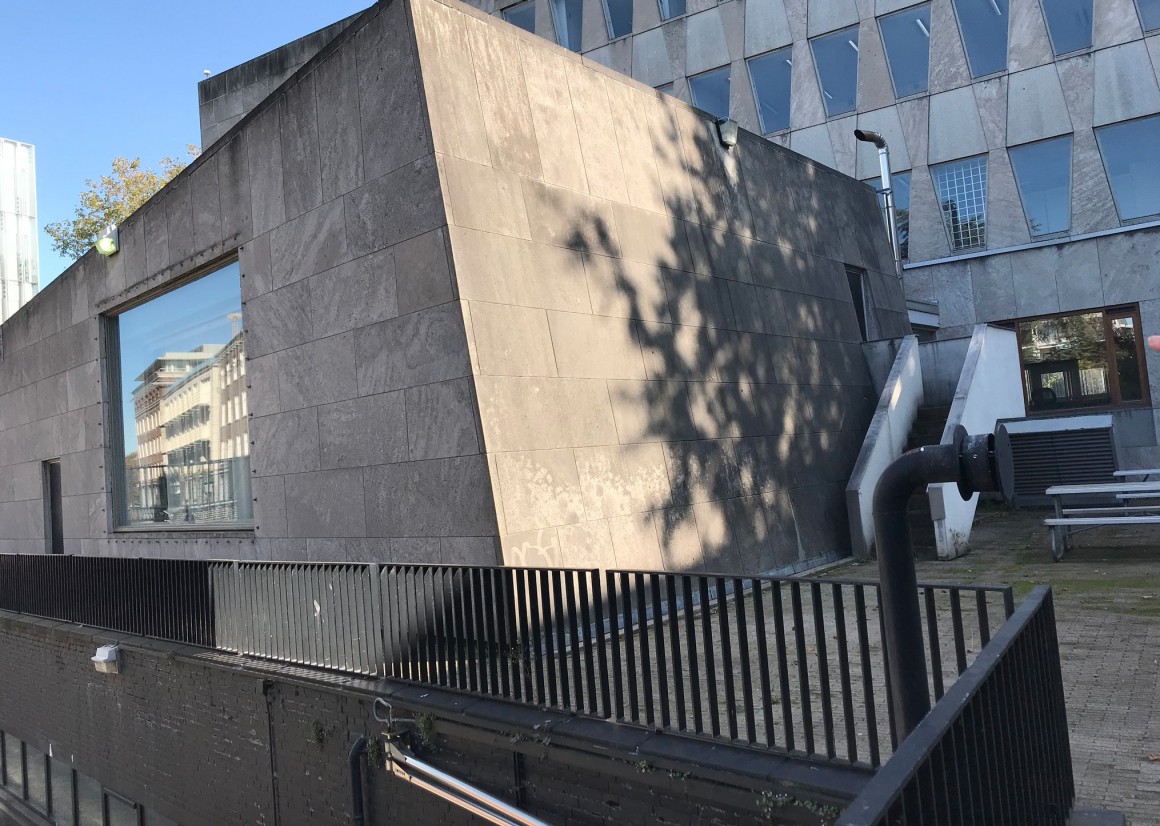 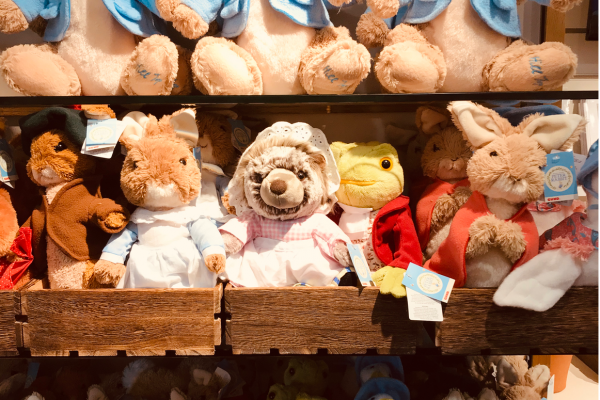 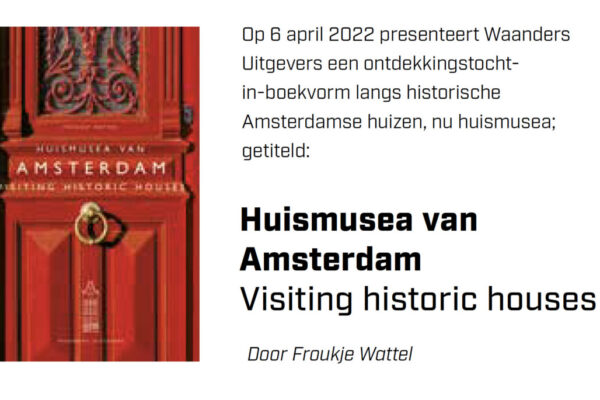 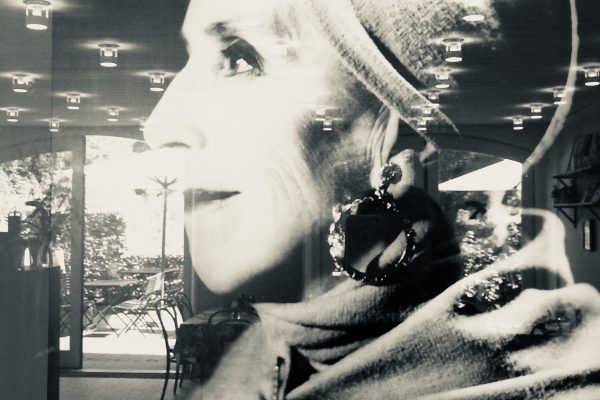 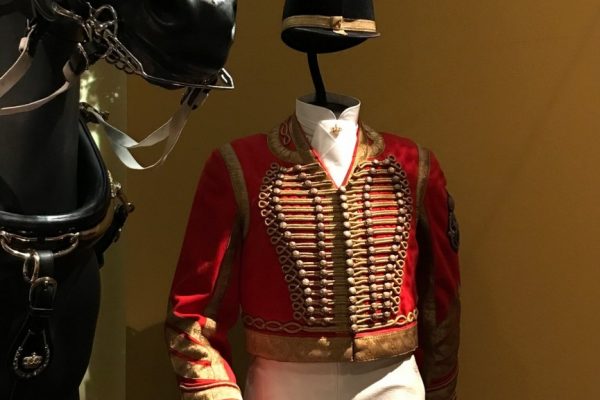